How many languages do you speak fluently? Of course everybody has a mother language as their first language. Usually it`s the language of the country they are born and/or raised in. My mother language is Bahasa Indonesia, though i have been able to speak English as a second language since around 10 years old thanks to my parents giving me the freedom to learn on my own. Then i don`t know why i end up studying Japanese as my third language, but now i end up in Japan. lol. People who are able to use more than one language is called “Multilingual”.(https://en.wikipedia.org/wiki/Multilingualism).
According to an article by “World Economic Forum”, the most multilingual country is actually Papua New Guinea with 839 languages including tribal languages. My country Indonesia is 2nd most multilingual with 707 languages. (https://www.weforum.org/agenda/2016/11/worlds-most-multilingual-countries/).  From those 707 languages in my country i actually only know only a few fraction of it like Javanese,  Sundanese, Bataknese, Betawi language. i can`t speak them fluently, but i kinda understand them. My mom is Fluent in Javanese though.
In this modern time, most people study at least one other language. English is the most common language to learn as a second language because it is the “de facto” international language, followed by French and Spanish. Many people in Europe speaks several languages due to their high mobility within the European Union.
There are also many research that suggests the correlation between Multilingualism and higher IQ and EQ. In a New York Times opinion piece by the award winning writer Yudhijit Bhattacharjee, he describes that “The key difference between bilinguals and monolinguals may be more basic: a heightened ability to monitor the environment.”(https://www.nytimes.com/2012/03/18/opinion/sunday/the-benefits-of-bilingualism.html?_r=1). Simply put, People who are fluent in more than one language have a higher sensitivity to what is going on in their surroundings, and the fact that they understood more than one culture gives them the advantage of understanding diversity and diverse ways of thinking that is actually very useful in solving problems. 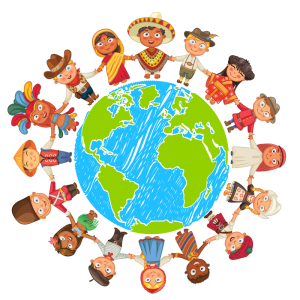 So if you speak more than one language fluently, then you are truly lucky! And if for those of you who wants to learn to be fluent in another language, go for it! What language do you want to be good at?
シェア
Tweet